The best and the weirdest year so far 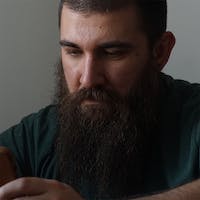 Subscribe to my newsletter and never miss my upcoming articles

This is it folks! 10 more days until we kiss 2020 goodbye. Honestly, it was a weird year. A global virus outbreak. Who would've thought? I used to see that only in the movies, but never imagined if I'd ever see it in real life (fortunately it wasn't a zombie virus 🧟‍♂️). Oddly enough, I've had some big achievements, which makes it my best year so far. So, I'm taking the time to reflect on all of the achievements 🏆 and fails 💩 through this article.

I started my year working on a project for a huge (big name ⭐️) client. I got to work with a super cool engineer from their team and I learned a lot. That was a great experience, and it sits well in my resume 😏.

Got seriously into React somewhere before Summer, created a mini internal team that we called Fast Web Team and built 4 React with Tailwind, Next JS and Strapi projects during the summer. I mentored my team and now they really know their way around that tech stack. I'm proud of them 😊!

I redesigned my company's branding, made a new logo and redesigned and rebuilt the website using Next JS, Tailwind CSS and Strapi. That was a big refreshment for our company. We used Incremental Static Regeneration for rendering the pages and we're astonished of the website performance! Next JS is one of the coolest frameworks I've worked with, and it'll be part of my tech stack for many years to come.

Started my Hashnode blog in September, ditched my WordPress website and pointed my main domain to my new blog. Then I started writing, and I kept writing for ~2 months and then I stopped 🤦‍♂️ I need to blog more often! But, I fell in love with Hashnode as a platform so I did a presentation at my company and we decided to move our company's blog to Hashnode too. Some of my colleagues wrote a few articles and I'm happy about it. I'll keep reminding them to produce content, to think in public.

I started using Twitter! I have no clue why I haven't been using Twitter before, but I incorporated it in my daily routine. I started sharing some of my Hashnode articles there, retweeted some cool libraries, apps and web stuff and now I got 1000+ followers 🤩 I learned that I underrated the power of community. I started following people and accounts that matter to me and that helped me stay up to date with the tech world.

Began working with another huge (big name ⭐️) client, which I still work with. This time, I'm incorporating both UI/UX Design and Software Engineering, and I'm having a lot of fun working with them! These guys are super cool and I'm learning a lot from them. The manager did a great job putting together this team. We're awesome! We're doing wonders 🤘!

2020 was a year where I needed to upgrade my hardware. I've been working on my Mac Mini 2012, and Apple decided to cut the support line with the release of Big Sur. That suggested me to fresh up and I got my 27" iMac (max stock version). This is hands down the best computer I've laid my fingers on ever! I really enjoy working with it. It eliminated the productivity bottleneck that I had with my Mac Mini.

I finally got my driving license! It's been a long process (almost a year and a half) due to the virus lockdown. But, I buckled up (pun intended) and made it 'til the end. Shortly after my fiancée and I bought our first car. Having your own car is seriously amazing! Liberating 🙌!

I decided to up my game and started live streaming on Twitch! I'm telling you folks, live coding on Twitch is dangerously fun! I had so much fun on my first streaming session, it lasted more than 4 hours 😂. I spent some money (wasn't really necessary, but hey... 😅) to get all geared up and dove head-first into streaming. The first tech stack that I wanted to explore and live stream was Blitz JS with Chakra UI. I'm still not done with that pet project, so expect me to stream more with that stack. After my 5th live stream I shared my link with a few local Facebook developer groups and gained more than 100 followers on Twitch! After 2 more streams I got invited to become a Twitch Affiliate 🤩. I was so happy I even danced a little 🕺.

My fiancée and I were supposed to get married this year, but the virus made us stop pursuing that indefinitely. We've been together almost 10 years, and the world goes crazy just as we decided to get married 😂. The lockdown happened just a few weeks after we started looking at wedding venues. So we're really looking forward to the day that the world gets back on its feet and everything gets to normal again.

I started a super cool project called Portfolio Beef, but I never committed and I feel bad about it. It's still a good idea that I can get back to, but it deserved more love from me, a chance to fly. The idea behind Portfolio Beef was me designing web UIs and give away the Figma files to beginner developers to code them and "beef up" their portfolio. I feel like it's something that was missing when I was a beginner, that's why I attempted to start it. It's a noble idea and I look forward to produce more Portfolio Beef editions in future.

2020 was a year where I "introduced myself to the world". I started sharing more and giving more. Got active on Twitter, wrote articles on Hashnode and live streamed on Twitch. That got me some recognition and motivated me to produce more content in 2021. One of my aspirations is to start a YouTube channel. I feel like I can give more through pre-planned and edited video content. First, I'd like to study the process of planning, recording, editing and marketing the contents. Secondly, I'll get to have fun! I'm really looking forward to that.

I feel that 2021 will be even better! It will be a year of recovery and revitalization. I like to raise my own bar higher and push myself to achieve more milestones and pursue my dreams. I'm really looking forward to that.

And that's a wrap! Happy holidays folks! I wish you all well in the upcoming year 🎉.